The Spanish brand specializing in bakery for celiacs turn to the fiber of the olive seed to obtain elasticity without having to use synthetic gums solventing the biggest problem of gluten-free doughs.

The potential of the olive tree seems infinite. To the health benefits of its polyphenols and fatty acids, we must add the technical properties during the formulation of doughs, revealing itself as an optimal natural ingredient to supply the lack of elasticity and structure of gluten-free products.

The key is in the fiber of the olive tree. But not from any part of this plant, but specifically from the seed hidden in the olive bone. The percentage exceeds 60% of the total weight of the seed.

Physiologically, fiber plays a vital role in the intestine, but what people possibly doesn’t know the advantages that its molecular composition provides in those food products that require a flexible but consistent texture. In particular the bread.

Iván Tortosa, owner of the Spanish brand of gluten-free bread and pastries APCEL, discovered it fortuitously and this has allowed him to improve his formulas to obtain products suitable for celiacs with ingredients as natural as possible and as well of good taste and a good bite. 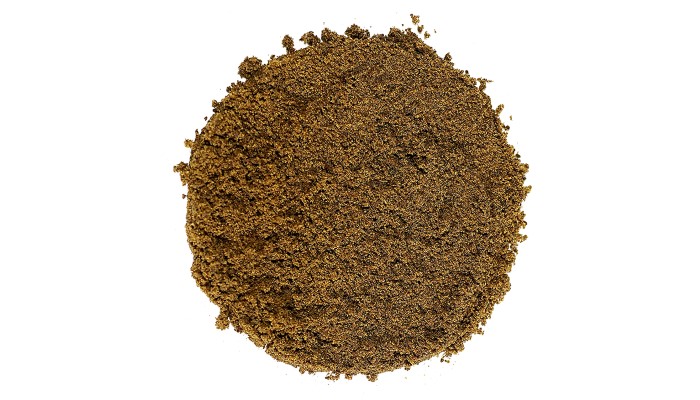 In 2015, the company, located in the Valencian small town of Vallada, decided to take the step of substituting mixes (commercial preparations containing part of the ingredients) by its own formula. “We wanted to improve our products, contributing the best to the flour, adding natural components and eliminating the most artificial ones”, tells Nutexa.

One of the components excluded was the synthetic gums, a compound whose chemical reaction with the rest of the ingredients replaces one of the functions that the gluten protein performs in the doughs: “Ligate it so that it does not crumble when the product is finished”, explains Tortosa, a self-educated who learn by “trying and throwing”. “The problem is that some hours after leaving the oven, the product becomes gummed and loses its natural sponginess“, he observes with this type of technical ingredients.

“It is true that the more gum you add, the faster the product bakes and the more stable it is, but it does not have the quality we were looking for. We did not want to offer what it is on the market: a nice gluten-free bread with many artificial ingredients”.

The disadvantage is that without this protein and without gums, the product remains without volume, flexibility and structure, this becoming one of the biggest challenges that makers of products for celiacs have to face.

The solution of APCEL was to replace the gums with plant fibers since, as we show in the following image, their molecular structure allows the dough to rise and acquire elasticity. 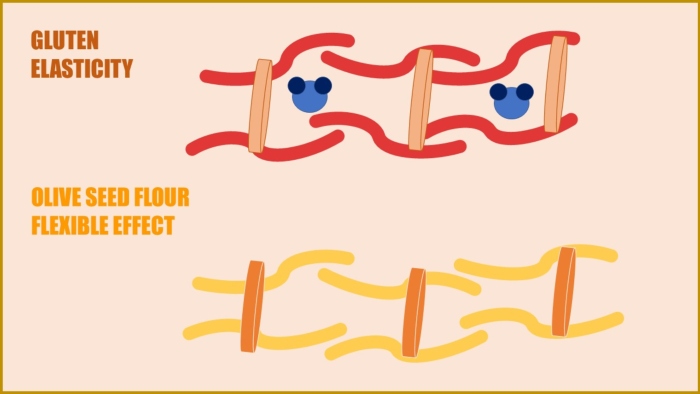 They started experimenting with psyllium, bamboo and inulin. In 2017, they learned about Nutexa Olive Seed Flour, which also fulfilled another of Tortosa’s requirements when choosing ingredients: that the final product “make a good” for the person. In this case, the olive flour provides plant proteins, maslinic acid, oleanolic acid and hydroxytyrosol, one of the major antioxidants of the plant kingdom.

Read more about the properties of Hydroxytyrosol.

It worked. “It gives sponginess and lengthens the shelf life of the bread because it retains dampness and air”, says about the properties of this flour that is obtained by mechanically grinding the seeds.

The result can be seen in the following video:

Olive seed flour is currently part of the recipe for APCEL breads, which also includes psyllium and inulin.

Another ingredient is olive oil, which already gives flavor to olive. But in case of using another type of oil, the seed flour can enhance this flavor as we increase the amount.

APCEL currently produces 1,500 pieces of bread daily, sold in Valencian drugstores and herbalists’ shops, and has in place the development of a functional bread that helps reduce the glycemic load after consumption. The project is already in the clinical study phase.

Related article: What is a functional food? 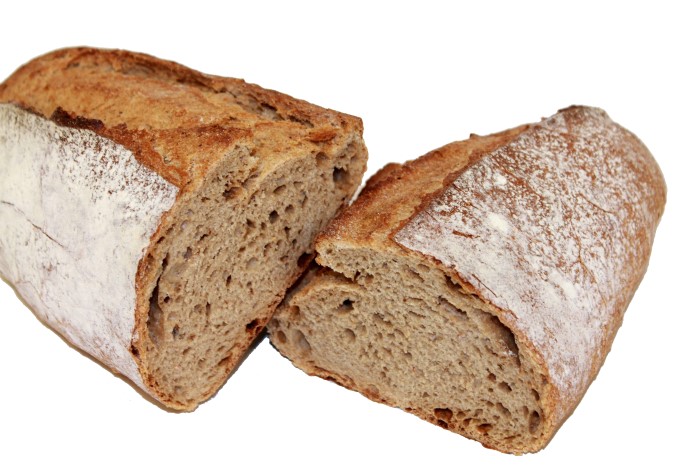 Bread made by Nutexa with olive seed flour.

Iván Tortosa’s career in the gluten-free bakery industry is the result of his efforts to provide quality goods to his two daughters, both celiac.

When the first one was diagnosed – two years after birth – it was a track driver with fondness for cooking. “We did not like the bread we bought, apart from being expensive. Then, in 2005, there was not the raw material that there is now, so we started to make it at home”.

Soon they diagnosed his second daughter. “The son of a cousin of mine was celiac, that of some friends, too. We started making bread at home and in the end…” In the end, two years later, he left the truck parked and became a professional baker.

For a few years they turned to industrial mixes to make gluten-free bread, “but when you’re growing as a company there comes a time when you decide not to depend on others and improve what you already have. That’s when we started to formulate”.

Breads, pastries, cakes… Today, APCEL is the one that is starting to sell its own mix to other bakers and aspires to enter supermarkets with bread sticks and croutons inside and outside of the Valencian territory. “It is all my daughters’ fault” he laughs.

If you want to know more information about the Olive Seed Flour, contact Nutexa. 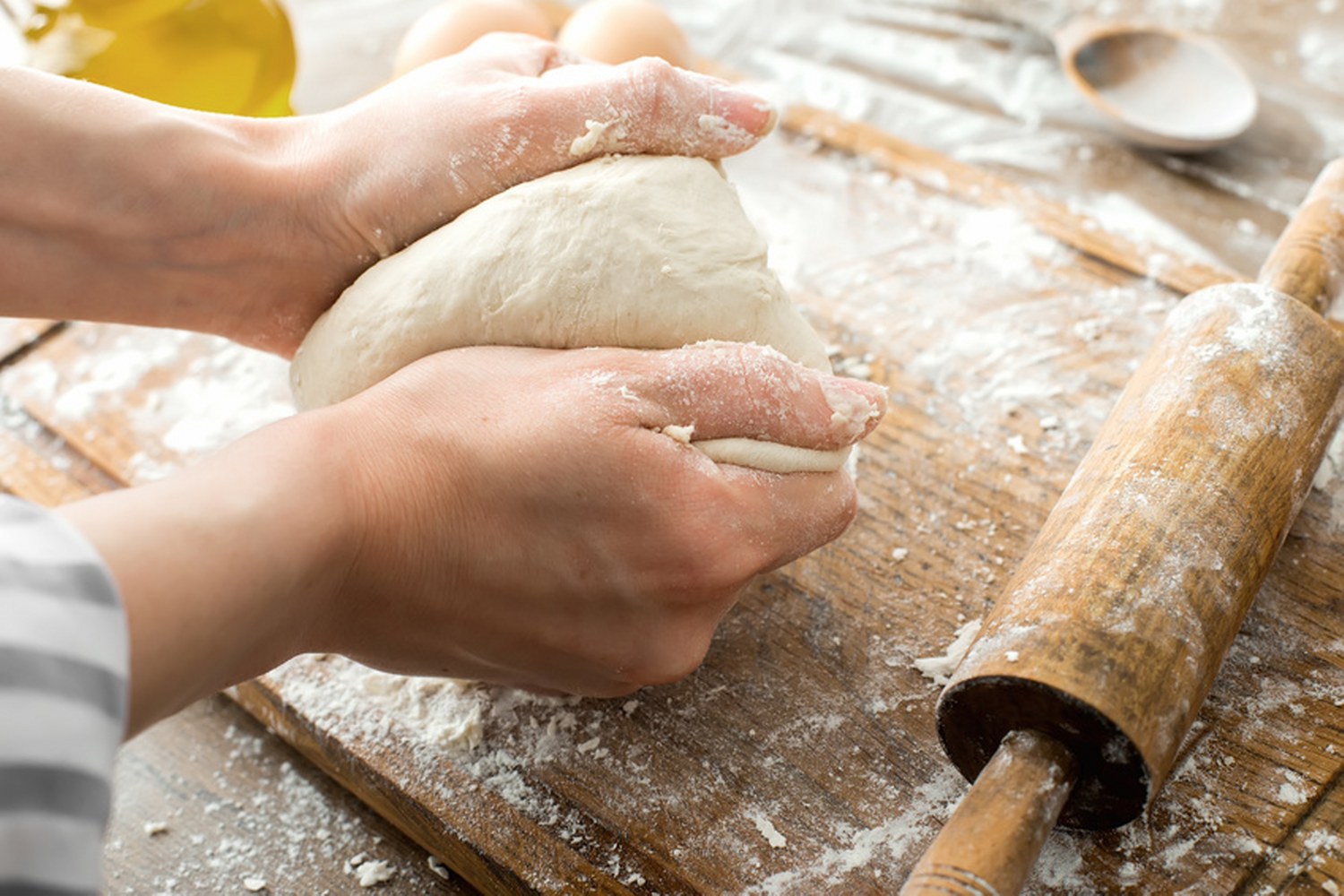 Article Name
Olive Seed Flour, APCEL solution for gluten-free bread.
Description
The Spanish brand specializing in bakery for celiacs turn to the fiber of the olive seed to obtain elasticity without having to use synthetic gums.
Author
Nutexa Ingredients